A small hut, perched on a rock on the shore of Lake Malawi, with no running water or electricity might seem an unlikely place to find Malawi’s only glass bead maker, but it suits Malaika Sacranie perfectly.

Sitting in a shaft of sunlight, a huge expanse of sparkling water in front of her and hills covered with lush, deep green foliage behind her, Malaika exudes a sense of happiness and peace that makes it difficult to imagine her anywhere else. It is from this beautiful spot that she tells me about her childhood and how she developed a passion for working with glass.

‘My father’s family was originally from Gujurat in India and my mother is Dutch, so I’ve always been a bit of an oddity here. My upbringing has been pretty unconventional too. All my cousins on my Dad’s side have had to stick to quite a narrow path dictated by their culture and religion while I’ve always been given the freedom to become whoever I wanted to be.’

Malawi is known as ‘the warm heart of Africa’ because of the friendliness of the people. Malawians may have nothing in a material sense but they always have time for a chat and a smile. This mix of influences engendered a philosophical approach to life in Malaika and taught her to really appreciate natural beauty – one thing that Malawi possesses in abundance. Indeed, in many respects Malaika’s early memories seem idyllic – rambling through the bush, climbing rocks, swimming in Lake Malawi.

‘I feel incredibly privileged to have grown up in such an amazing environment. I was allowed to follow my dreams. I suspect not many people can say that.’

From childhood, Malaika has harboured a deep respect for all things beautiful, treating what jewellery she owns more as pieces of art than everyday objects to be worn. ‘I wasn’t particularly academic at school but I loved art and was at my happiest whenever I was painting or making things with my hands. Towards the end of my school years I felt I needed to get out of Africa. I wanted to experience a world that was the opposite to the one I knew. I headed for Amsterdam but found the transition from the tranquility and beauty of the African bush to the frenetic pace of a large western city really tough. The greatest difficulty was being surrounded by people who had no time for others, no friendly smiles, who just didn’t care. I wanted to pursue my art but couldn’t in what felt like such a hostile environment. The only constant in my life is the ability to be creative. When I lost that, I felt I lost my self’.

It was only a couple of years later, when Malaika returned to Malawi and started to live at the Lake that she began to feel the tingles of creativity returning. Starting by painting large signs for the eco-tourism lodge where she was working, she gradually began to rediscover her creative self.

Malaika’s interest in glass was sparked when she attended the Solar Eclipse festival in Zambia in 2001. Through the throngs of people she spied a woman sitting in front of a blowtorch, wafting brightly coloured rods through the flame and transforming the glowing molten glass into incredible beads. She was mesmerised and sat watching for hours. ‘I had never seen anything like it before – the glass was so amazing. There it was.

It came from the earth, it was totally natural and yet could be twisted and shaped, blown and stretched. You worked it until it was ready, glowing bright orange, then plunged it into its cooling medium. Then the endless wait to see what came out.

Every piece was a surprise, a present, a piece of art.

I knew immediately that this was something I had to learn about.’

Despite her best endeavors to track down a lampworking course in South Africa, the only country in Africa where there was the slightest chance of finding one, there were none, and it was not until Malaika went to Australia in 2003 that she was able to take a beginner’s course. It was worth the wait. ‘I immediately fell in love with glass. It is an incredible substance – part liquid, part solid. It is a wonderful feeling to get to know the medium and really learn how to work with it.’ Armed with what she had absorbed from her course, some basic equipment and a few books, Malaika returned to Malawi to set herself up as a bead maker.

Malawi is very much a third world country and yet, Malaika argues, the extraordinary friendliness and support of the local people make it a natural breeding ground for creative talents.

‘The so-called negative aspects of the country pale in comparison to the daily interactions we have with the awesome people we live with, their traditional values, the time everyone has for each other. I actually find that the ‘harshness’ of Africa has generated unusually artistic and creative people. Just look at all the amazing art that is coming out of Africa these days.’

And in terms of her work, ‘I might have acquired the technical skills more quickly by learning from others, but I’m sure I’ve benefitted from the freedom to develop at my own pace in my own way.’ Through endless trial and error, Malaika gradually developed an intimate understanding of the nature of glass and her own, unique style. Indeed, watching Malaika work and seeing the beautiful pieces that she produces, one would not think that there was anything lacking.

Among the obstacles that Malaika had to overcome is the fact that most suppliers refuse to send materials into the country because there is no guarantee that they will arrive. As a result, Malaika has to rely on her infrequent trips out of the country and visiting friends to maintain her supplies. By the same token, any jewellery that Malaika makes must be taken by hand outside Malawi and posted from a safer country. This doesn’t act as a deterrent for Malaika, however. She claims that ‘being creative requires being at peace in a beautiful place’ and her small hut in Malawi seems to provide that haven. Indeed, she believes that everyone deep within themselves would like to do the same and, seeing her living in such an incredible setting – with fresh fruit, vegetables and fish on her doorstep, an occupation that she loves, and enough comfort to meet her basic needs – it is easy to understand why.

Malaika’s approach to jewellery making is unique. A naturally empathic person, she tries to gain a holistic sense of her client is so that she can tailor each piece to the person it is intended for. As such, she draws her inspiration from the tiny details about the person and ensures that every piece is truly individual. ‘Someone asked me to make a necklace for a girl who loves earthy colours and ‘took a really long time to get out of her teens but is going for it now’. It was this small detail that allowed me to create a gorgeous necklace in bold russets and golds that the girl adored’.

In terms of the future, Malaika’s ambitions are modest; she will continue to make jewellery as long as she is able to sustain herself and remain happy, whilst keeping each piece personal and unique. Her advice to others is to believe in themselves and stay true to what they want. ‘I was ridiculous enough to dream the wildest dreams and lucky enough to have the support to be able to follow them. Believe in yourself and let the universe take care of the rest.’ 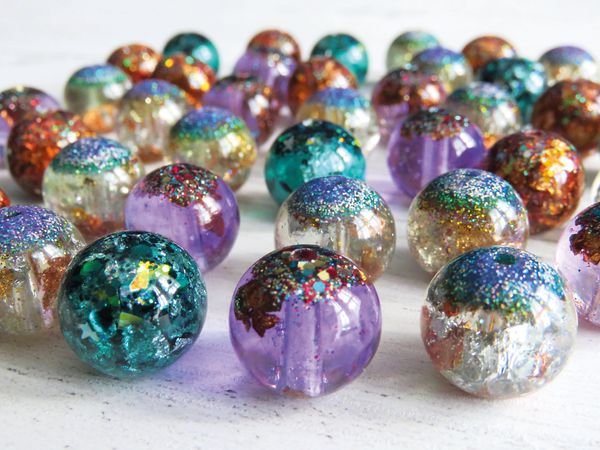 We catch up with Nicky from Blighty Beads to hear all about how she started her shop and plans for the future. 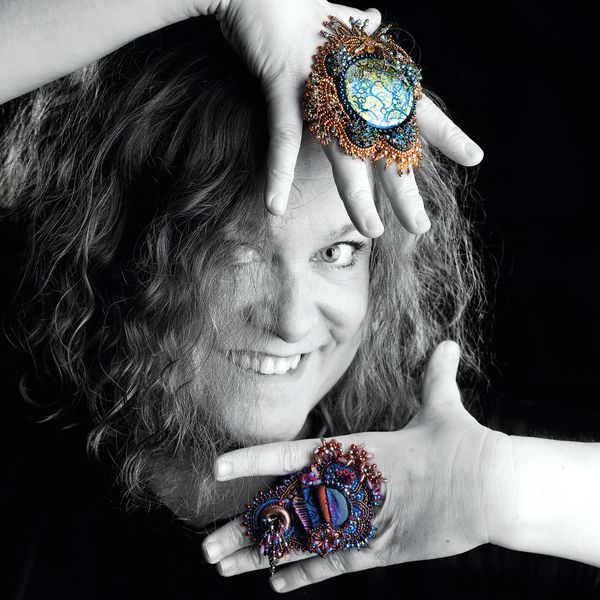 Heather Kingsley-Heath catches up with Sabine Lippert for a chat all about life and beads.